Get fresh music recommendations delivered to your inbox every Friday.
We've updated our Terms of Use. You can review the changes here.

by The Lee McClure Trio 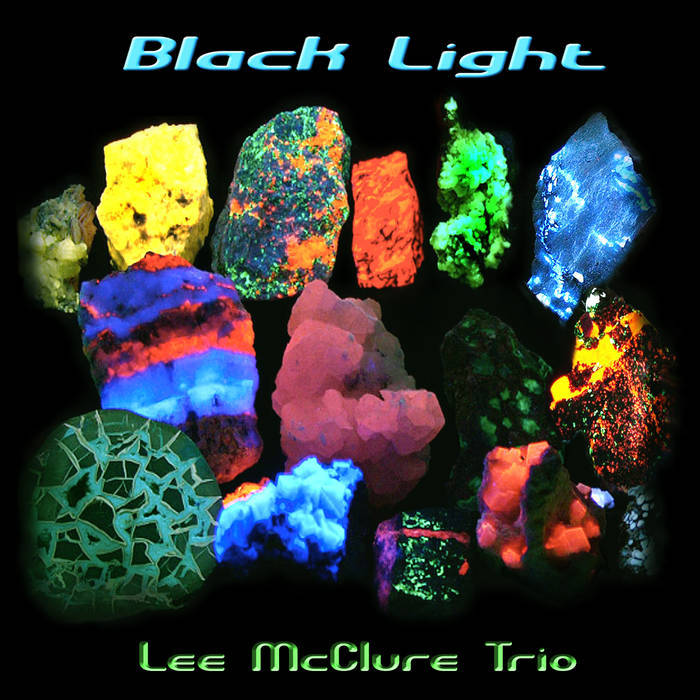 Composed by all three members, the tracks on this CD span a wide variety of styles.

Track #2
“Magenta Suspension” is a slow andante in which Barry’s ingenious variations of his evolving guitar motif accompanies Lee’s autobiographical reflections that include what Lee calls his “would’ve, could’ve, should’ve’s,” and a couple proud moments. This track has been transcribed for classical guitar and flute:
score — archive.org/details/MagentaSuspensionSCOREFLGtTab
parts & tablature —
archive.org/details/MagentaSuspensionPARTSFLGt3X/mode/2up

Track #4
“Buoyant Saffron” is Barry’s exquisite guitar solo. Starting with a expansive peacefulness in the total stillness of a bass flute drone, it transforms into a fast moving tempo with the gradual introduction of Eddie’s percussion which builds in intensity. The ending retains the graceful mood of the beginning.

Track #5
“Ultramarine Electron Cloud” begins with a pensive guitar solo stepping gingerly through emotional quandaries. The flute joins in the search for a resolution. Together they find a direction that seems hopeful but ends with an ambiguous answer.


Track #7
“Alizarin Crimson” is a brief portrait of the red planet: Mars the god of war. It portrays the dark mood of preparation and the march into battle with the cries and mayhem of war.

Track #8
“Sunrise Chartreuse” is a gentle slow Raga-style piece. The call and response of flute & guitar recall the flirtations of first attractions. An ecstatic union ensues, followed by a peaceful ending.

Track #9
“Golden Ochre” has passages of searching, temporary nirvanas, and moments of peaceful repose. It concludes with an unanswered question.

“The many songs with color in the title were inspired when I was staying overnight in my uncle Robert McChesney’s art studio in Petaluma, CA. I wrote down the names from bottles and cans of pigments that he mixed his paints from.” — L. McClure

• Electric Flutist Lee McClure brings to this CD a history of mixing the best of different styles. Premiered at the Cathedral St. John The Divine, his opera "Mother And Child", employed three pop singers featuring jazz singer Judi Silvano. The New York Times has written about Lee's orchestral music: "it was probably the most distinguished piece on the program: the harmonies had bite and the musical ideas seemed both organic and Mr. McClure's own."

JoAnn Falletta, music director of the Buffalo Philharmonic Orchestra, has written about Lee’s Symphony No.1 Montage: ”I found it to be a really beautiful work! - I look forward to studying it” (2015). For his self-designed electric flute Lee has composed and performed an extensive repertoire since 1990. See a well catagorized list of all his works with links to recordings, videos, scores and parts at: www.eclectixnyc.org/WorksAndPerformances-withLinks.html

• Guitarist Barry Wedgle's international career as composer and performer encompasses working with numerous renowned artists including Steve Lacy, Harry Belafonte and Sam Rivers. He has performed at major Jazz Festivals world-wide, recorded nine CDs of his own music, and wrote "This Girl" for vocalist Charito, which reached the top of the Japanese jazz-pop charts. David Aaronson wrote in Jazz Hot Magazine (Paris, France): "His flamenco playing was good enough to tour extensively in Spain, Mexico, Central & South America for people who know the real deal. Harry Belafonte flew him to Toronto for a concert. Allen Ginsberg asked him to accompany readings more than 30 times. Taj Mahal invited him on stage at New Morning, in Paris. He recorded at Mount Fuji with the popular Japanese Rolling Club Band. What kind of guitar does Barry Wedgle play? A lot of guitar. I suggest you listen for a while and enjoy."

• Hand Percussionist Eddie Hall started honing his recording skills in the early eighties at The Platinum Factory and Charlie's Records, doing mostly Soca, R&B and Hip Hop recordings. He has worked extensively and recorded with Vernon Reid, Salaam Remy and Prince Charles Alexander. Eddie has played on tracks for Ricky Martin and Left Eye Lopes. He has performed on Broadway in The Lion King, and off-Broadway in The Harlem Nutcracker. Eddie's film credits include Summer of Sam, and on TV, Lou Rawls’ Parade of Stars, ABC 20-20, It's Show Time at the Apollo, and New York Undercover. Eugene Chadbourne from the All Music Guide has said about Eddie: “This excellent New York based percussionist has been coming on strong since he began working with ace guitarist Vernon Reid in the mid '90s. A young audience came into contact with his sounds following several 2001 recordings with the late vocalist Lisa Lopes.”

Bandcamp Daily  your guide to the world of Bandcamp